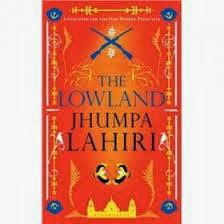 ‘Jhumpa Lahiri’s second novel, The Lowland, tells the story of two brothers from Tollygunge, in Calcutta. Subhash is calm, sensible and conventional. Udayan is rebellious, political in his views. As he becomes more and more involved in the Naxalite movement that is emerging in India, his views get more radical, until one day he is arrested for acts of terrorism.Subhash is by then a PhD student in America and has no idea of what’s happening at home. His own life is far from exciting, his only act of rebellion his orderly affair with an American woman. But when Udayan is killed…’ read more